Our mission is to be an industry leader in the delivery of natural healing
through innovation, excellence in service, the highest standard of care, and
unparalleled compassion for our patients.

Our leadership team, with over 45 years of combined experience running and operating small businesses, has built
an institution that we are confident checks off all the boxes. The philosophy is simple…take care of every single
patient how you would want your parent, spouse, and/or child taken care of if they were a patient with Texas
Nerve and Spine. As so many patients who have already been with Texas Nerve and Spine will testify, “When you
are a patient here, you are always treated like you are part of their family”! Of course a family-like culture would
be so important to our Leadership Team… they actually are family! Texas Nerve and Spine, since its inception over
15 years ago, has always been a family owned and operated institution!

From an early age Dr. Martino had an intense interest in health and anatomy. This interest manifested into a passion and love for such things as athletics, physical fitness and academics. Towards the end of his high school years, it became more and more evident to Dr. Martino, a career in healthcare is what he needed to pursue. After being accepted into several health care institutions across the country, Dr. Martino chose Life University in Georgia, with one of the premier health and wellness Doctoral programs in the world. Dr. Martino proudly graduated with honors from Life University in 2003.

While attending Life University, the nervous system and neurological disorders were of special interest to Dr. Martino. After graduation, Dr. Martino chose to follow his interests and study under some of the
most renowned nerve and health experts in the world. Post graduate studies also included clinical neuroscience and functional neurology with the Carrick Institute of Clinical Neuroscience and Rehabilitation.

Dr. Martino actively speaks around the country at various educational seminars highlighting his ideology and methodology for rebuilding his patient’s health, rather than masking and treating their symptoms. He also mentors other professionals by serving as a member of externship and preceptorship programs. Along with his passion for neurology, Dr. Martino has a special interest and passion for Nutrition and the principles of healthy living.

When he’s not at the office or at a speaking engagement, Dr. Martino can be found spending time with his beautiful wife Susan, their three wonderful children, and their lively Giant Schnauzer “Brando”. With a love for the outdoors, Dr. Martino’s hobbies include many outdoor activities. He also enjoys organic gardening and has a passion for animal welfare.

Dr. Daniel Strang was born and raised in Evergreen Park, located on the south side of Chicago, Illinois.
Growing up with two older siblings, Dr. Strang’s household was a highly competitive environment, both academically and athletically. This competitive environment influenced Dr. Strang to pursue numerous
organized sports and many extracurricular school activities while attending high school. Dr. Strang was the President of the Student Council, as well as a three-sport Varsity athlete in football, wrestling and baseball. After suffering an injury on the playing field, Dr. Strang’s coach suggested he see a local Chiropractor for treatment for his sports injury. Desperate for relief, Dr. Strang followed the advice of his coach. Seeing firsthand how effective Chiropractic therapy was at getting him back on the ball field without pain, Dr. Strang knew exactly what he wanted to do with his life. Dr. Strang wanted to help
people get out of pain as much as his Chiropractor had helped him. With his sights set on becoming a Doctor of Chiropractic, Dr. Strang first chose to attend the University
of Iowa to earn his undergrad degree. Dr. Strang earned his bachelor’s degree in Health and Human Physiology from The University of Iowa, but to complete the education required to become a Doctor of Chiropractic, Dr. Strang chose to attend The College of Chiropractic in Davenport, Iowa; the very school
where the field of chiropractic medicine originated. It is here, at The College of Chiropractic, where Dr. Strang earned his Doctorate and came to believe his future as a doctor should be focused almost entirely on helping those who suffer from chronic pain and nerve disease conditions. In 2016, Dr. Strang was now Board Certified and about to graduate from The College of Chiropractic. It
was time to figure out where Dr. Strang would work and start his career as a Doctor of Chiropractic.
Always up for any challenge, Dr. Strang chose to interview with a clinic located over 1,000 miles away
because of its reputation amongst the Houston community. Having demonstrated the necessary clinical acumen, the preferred high moral character, and the unique combination of skills the position required,
the Texas Nerve and Spine Leadership Team immediately made Dr. Strang a job offer and now Dr. Strang
is currently enjoying his 7 th year with Texas Nerve and Spine. Dr. Strang loves coming to the work every day because each day offers him the opportunity to change
his patient’s lives for the better. Outside of the clinic, Dr. Strang invests his time conducting neurological
research, attending continued education seminars on such things as nerve recovery and physical
rehabilitation, and spending time with his friends and family. Dr. Strang always practices what he
preaches by continually maintaining a very active lifestyle where he enjoys such things as strength
training, hiking, playing softball and disc golfing.

Growing up in Elmwood Park, New Jersey, Susan Martino was the youngest of three siblings. Susan’s parents were always huge sports enthusiasts. Susan’s father loved the sport of softball. He played it for many years during his active service with the United States Army. This love for softball rubbed off on Susan at a very young age, and thanks in part to the many years of coaching Susan’s father invested in her, Susan earned a full athletic scholarship to attend Felician College in New Jersey. At Felician College, Susan received her Bachelors in Elementary Education and earned All-American honors as a softball pitcher. Susan still holds many softball records at Felician College that have yet to be broken over 20 years later. In 2002, Susan was proudly inducted into the Elmwood Park, New Jersey Athletic Hall of
Fame for all her athletic accomplishments.

With a soft spot for young children and a strong passion for the sport of softball, after graduating college, Susan became a 2nd grade teacher at the very elementary school she and Dr. Martino attended as children and the Head Coach of the Elmwood Park High School Varsity Softball team. Susan and Dr Martino’s history together as “high school sweethearts” set the stage for a rekindling of their relationship more than 10 years after they graduated high school. As fate and destiny would have it, the second go around for these two love birds manifested into a lifetime commitment to one another when they married in 2009. Desiring a more family-oriented environment to raise children, as well as start a private healthcare practice, Susan and Dr. Martino both felt strongly Houston, Texas was the clear choice to accomplish both goals.

When Susan is not in the office, Susan enjoys spending time with her family. Whether it’s teaching the kids math or passing on her love of athletics to her children, Susan never stops moving. Her hobbies include yoga [she is a certified instructor], providing softball pitching lessons to young athletes, photography/video cinematography, and just about anything fitness related.

A graduate of Stockton University in New Jersey, Ben had his sights set on entrepreneurism and building his own business from the moment Stockton University handed him his diploma. The son of an attorney in private practice, Ben witnessed the value of being your own boss when his parents were able to frequent his high school
and college lacrosse games more often than most of his teammate’s parents. Wanting to be able to be there for his own children, the way his parents were able to be there for him, Ben originally believed his life path should include Law School so he could become an attorney in private practice just like his father. Ultimately Ben realized his passion wasn’t in law and the American legal system. Ben’s passion was in health, fitness, the human anatomy, athletic performance, and nutrition. So, the decision was made to forgo the plan to attend Law School and instead follow his passion. Having passion for something is one thing…having the skills and resources to open and operate your own business is quite another. Knowing this, Ben chose to learn the skills necessary to open his own fitness related business by
going to work for one of the more prestigious fitness/sports performance training companies in the Northeast. The Parisi Speed School, now a national franchise with over 100 locations, was in its infancy when Ben went to work for
the company in 2000. Never-the-less, Ben was confident a career with The Parisi Speed School was the best way
to acquire the skills necessary to operate his own fitness related business. From 2000 – 2007, Ben worked in every
aspect of The Parisi Speed School business to learn a diverse skill set consistent with running and operating a
fitness business. From Trainer to Training Director to Sales to Sales Director to 2x Manager of the Year, Ben dipped his toes in every single aspect of the business and soaked up as much knowledge as he possibly could. In 2007, the opportunity to start his own business and build something in his own vision presented itself. Together
with two other gentlemen, Ben and his two partners opened America’s first healthy meal delivery service and
INMOTION MEALS was born! Ben’s INMOTION MEALS vision was simple…fill the nutritional void. Having worked in the fitness business for over 10 years, Ben witnessed countless individuals fail to maximize their fitness/athletic
potential due to poor dietary habits. Ben believed if proper nutrition could be affordable, easy, flavorful, and most
of all CONVENIENT…individuals with health/fitness/sports related goals could better maximize their potential by pairing their training with his affordable, easy, flavorful, and CONVENIENT food. Before long INMOTION MEALS
was distributing over 10,000 healthy meals per month to customers in over 30 states. Everyone from soccer Moms
to high school athletes to UFC fighters to NFL players were using INMOTION Meals! Even celebrities were using
INMOTION Meals!
In 2014, Dr. David Martino and Ben, best friends for over 25 years, collaborated on some ideas that would bring
Ben to Texas to join Dr. Martino and Susan with what was then called Fort Bend Corrective Health Center. Always up for a challenge, Ben sold his stake of INMOTION Meals, packed up all his stuff, and moved to Texas for the next chapter in his entrepreneurial story. For over 8 years, Ben has called Texas his home and he would be the first to tell you, moving to Texas and joining Dr. Martino and Susan in business, has been one of the best decisions of his
life.

Our mission is to be an industry leader in the delivery of natural healing through innovation, excellence in service, the highest standard of care, and unparalleled compassion for our patients. 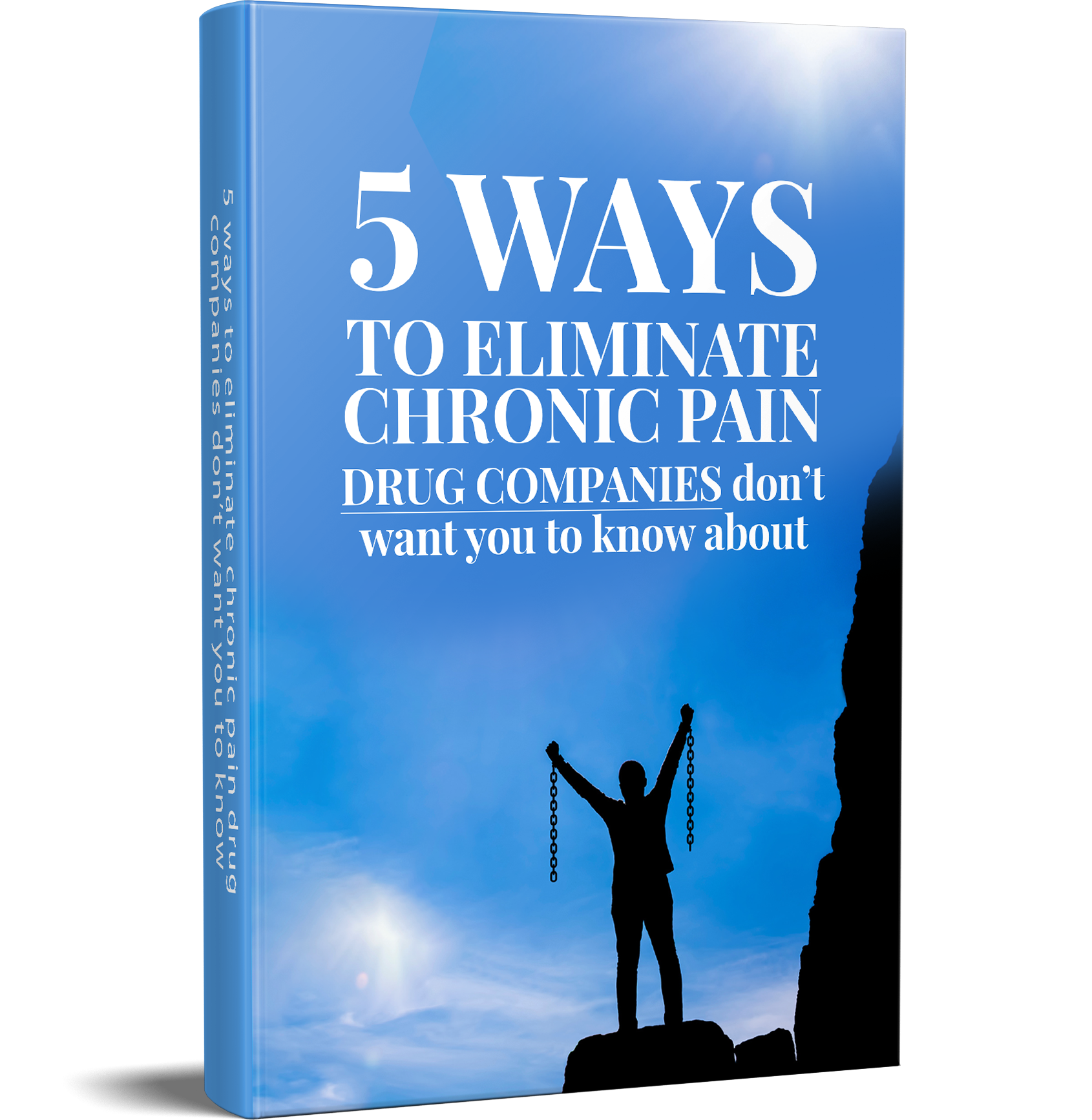